I Cannot Say No


“Every morning is a new beginning and comes with a new promise.” said mother while we were preparing the breakfast. “Every day you get another chance to fulfil your dreams. Knocks on your door and seeks your permission. Don’t let the opportunity go away from you.” just when she said that the call bell rang. Perfect timing I must say. “See I told you. Now run and open the door. Let see what this morning brings for us.” 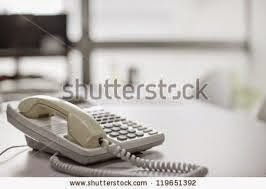 “Hey! What’s up? Hey I need a favour. I was In the middle of a very important conversation with my aunt from Jabalpur. You remember her right? She came last summer and we had a family get together were you met her. So the land-line hung up. I tell you this digging up the whole grounds for so called repairing of wire system is taking on my nerves. Anyway so where was I? Oh yes my aunt. So now what I need to do is finish my conversation. Otherwise you know I will have a heart attack out of suspense. So can I use your land-line? I know you would not deny me. I was asking just out of courtesy. Thanks. “

And before I could say something she was already dialling the numbers. I knew a thrashing was coming my way.

“Who’s there?” asked mother while coming out of the kitchen.

‘Maa its Shalini. She wanted to use our phone and so she is....”

“You should have at least asked me once before allowing her. You know how she is, a complete chatter box. Now she would talk about petty things as if she is discussing world economy with the Prime Minister.”

“I tried to stop her but she didn't gave me a chance to even say a word.”

“You should have said a no.”

Shalini discussed about her new fairy dress for next half an hour and mother continuously gave me that stern looks of her. 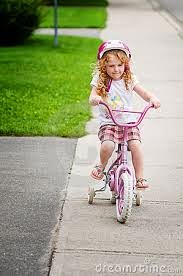 In the afternoon I went for a cycle ride. In winters with some of my friends I always like to do so at this time of the day. That day nobody turned up. Later it struck me that we decided not to come because later this evening we were supposed to attend New Year’s party organised by Central Bank of India. That’s where my father worked. Disappointed I turned my cycle towards home when I saw Subodh coming this way. I stopped to say hi (I shouldn't have done that).

“Same to you Subodh.”

“Coming for the party tonight?”

“Lucky you. My cycle is in garage thus can’t ride mine. Huh Damini can I borrow your cycle? Just a round. Please for five minutes only.” He said with a puppy face.

“Okay.” I said with a hesitation but that was an invitation enough for him. I waited for him about 45 minutes sitting under a tree. I was wondering what mother would say. Second thrashing of the day and this year. I decided not to tell her about this incident. Again she would scold me for not using the word ‘no’ and again I would end up saying the same thing-what I can do, I cannot say no...

After a long wait, evening came, and we were all dressed in our best attire. I chose my pink frock. It had frills at the bottom end and a pink flower on left hand side of the waist. When I entered the Hotel venue everyone said I looked pretty.  I met my best friend. Best quality about a friend is that they never ask you anything to which you would wish to say a ‘no’.

After a while my friend wanted to go to the wash room so we went there. I waited at the lounge sitting on a sofa. One of my mother’s acquaintance came with her little daughter and asked me to take care of her for a while till she uses the wash room. As you all know by now I said “yes”. Well the baby was so cute, cuddling, beautiful, and wet? No way, that baby used my lap as her toilet seat. And just then my mother and the baby’s mother came. One apologised and went back to the venue hall and the other gave the second thrashing of the day (which could have been the third) and yes it was the thrashing of the lifetime too. I just didn't ruined my dress but the first day of the year too.

By that time my friend came to my rescue and convinced mother that she will definitely make me say a ’no’ whenever it would suffice. Mother left the lounge a little irritated. And my friend ended up asking the same question with a naughty smile on her face-why can’t you say a ‘no’?

And I ended up giving the same old answer with immense helplessness-what can I do? I can’t say no.
- March 12, 2015

Have you ever thought about the bright side of darkness in your life? Recently I had the opportunity to ponder upon the reality and even th...

Arnaba
Thanks for being here. I am Arnaba. Though my name means the female version of"ocean" in Sanskrit yet the depths and the altitude of mountains fascinates me more than anything. I am mad about Travelling and Story telling and that's the main reason I blog. I prefer tea over coffee. I am a pluviophile and clinophile with same intensity.